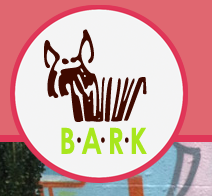 Jamee Yocum knows what dogs — and their owners — want.
As the founder of Bark, a doggy daycare, salon and boutique in Five Points, Yocum has been catering to Jacksonville's fur babies since 2009.

But now, Yocum is looking to spoil not just the city's furry friends, but its Downtown: A satellite location of Bark is opening on Adams Street by the end of the year.
“I knew that's what I wanted,” Yocum said of her Downtown move. “I've always wanted to be in areas that needed a little growth.”

Yocum said she now wants to join the growing legion of small businesses, artists and restauranteurs opening shop Downtown by launching her store's second location.
“I think it's such an awesome, expanding area,” she said. “I used to live there and it was hard. There was nothing to do Downtown. It was a dark area that has become more vibrant. Downtown needs small businesses to make it brighter.”

With her second store, Yocum said she especially wants to cater her operation to those who will use it most.

The 800-square-foot space next to The Carling will just be a boutique — not offering things like grooming and boarding so as not to compete with the services she offers in nearby Riverside. The space will sell dog supplies, accessories and food and will include delivery to high-rises and office buildings, Yokum said.

“I'm catering to the spoiled dog that wants constant attention,” she said, adding that she plans to carry that over to her Downtown store. “I want to make sure the dogs in the area are very well taken care of. They deserve it.”

Matthew Clark of Prime Realty negotiated the lease for Bark to move to The Elks Building, "Excited for our new edition to the Elks Building. Jamee Yocum thank you for being a believer!". For more information about Bark, Please Click Here.