Jaxport CEO: $300 million contract is ‘history in the making’ 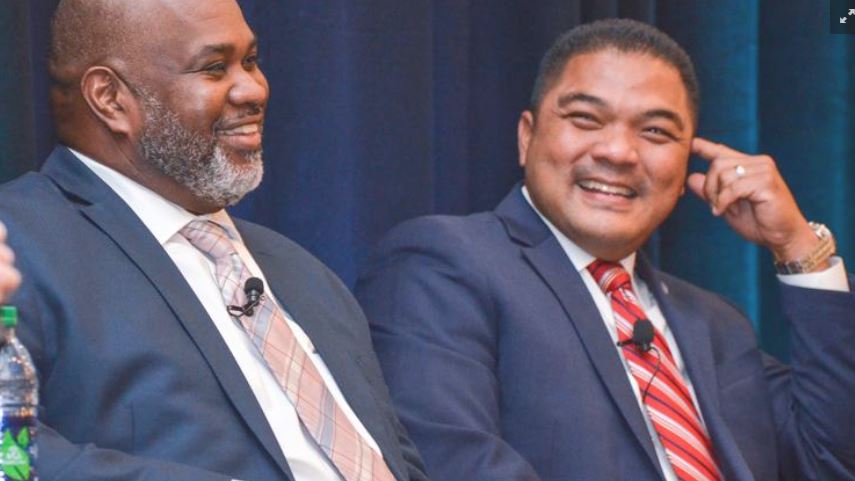 The $298 million, 25-year facilities lease agreement answers a long-running question about who will be the lead terminal operator of Jaxport’s workhorse terminal and the final stop of its 11-mile deepening project.

Jaxport's designated international terminal has been at Dames Point, operated by TraPac since the Japanese company came to the First Coast in 2005.

As part of the deal, SSA will invest $129.7million in terminal improvement (matched by $109 million from Jaxport), contribute $28 million to Jaxport’s $484 million deepening project and add three cranes to the terminal. In total, the contract will generate $372 million – $16 million this year.

“The most important investment that I think you’ll hear multiple times today is the private investment in terminal improvement and harbor deepening,” said Jaxport CEO Eric Green. “This is history in the making.”

SSA’s expansion rules out the move of TraPac, Jaxport’s largest revenue generator, from Dames Point Marine Terminal to Blount Island – an idea that Jaxport CEO Eric Green floated in a board workshop last May. SSA and TraPac signed a joint letter of intent last year to “diligently pursue” an agreement.

The deal locks SSA into paying Jaxport a minimum of $158 million over the life of the contract — plus more if two, five-year renewal options are exercised. SSA operates more than 250 locations across five continents, including 50 acres at Blount Island. The agreement expands its terminal to 80 acres, with options to expand to 120 acres as space becomes available.

SSA’s board approved the contract Feb. 26, and it will go in effect Aug. 1.

“We wouldn’t be in this port if we didn’t believe Jacksonville was on the way forward,” said SSA Marine President Mark Knudsen. “We have a lot of confidence that Jacksonville is going to be a big up and coming terminal.”

Securing an international terminal operator was vital for Jaxport, which has been focusing heavily on expanding its Asian container trade in recent years. The trade lane has averaged 14 percent annual growth over the last five years, and it is up 17 percent so far in the 2019 fiscal year.

Success of Jaxport’s Asian container trade is also a major component of generating the return Congress expected when it approved the deepening project. The deepening project, which will add seven feet to the shipping channel, is on track to be finished in 2023. The port authority has secured about $388 million in funding so far, not including SSA’s contribution, through federal, state and its own funds. It will then ask for tenant contributions; it doesn’t expect to ask for city funds until 2021.

“This is what we’ve been waiting for,” said City Council President Aaron Bowman. “This is the justification of why we’re doing the dredging.”

During public comments, Dennis Kelly, retired regional vice president of TraPac, encouraged the port authority to continue its efforts to deepen all 13 miles to Dames Point Marine Terminal, where TraPac operates a $300 million container facility. Jaxport has Congressional approval to deepen 13 miles, but it has focused only on 11 miles, which would save more than $200 million.

"We know we have made a move that is going to put us into the Super Bowl of commerce," said Vince Cameron, president of local 1408. "This equates to jobs."

"We see Jacksonville emerging as a super port, in the likes of Savannah and Charleston," said Ortega.