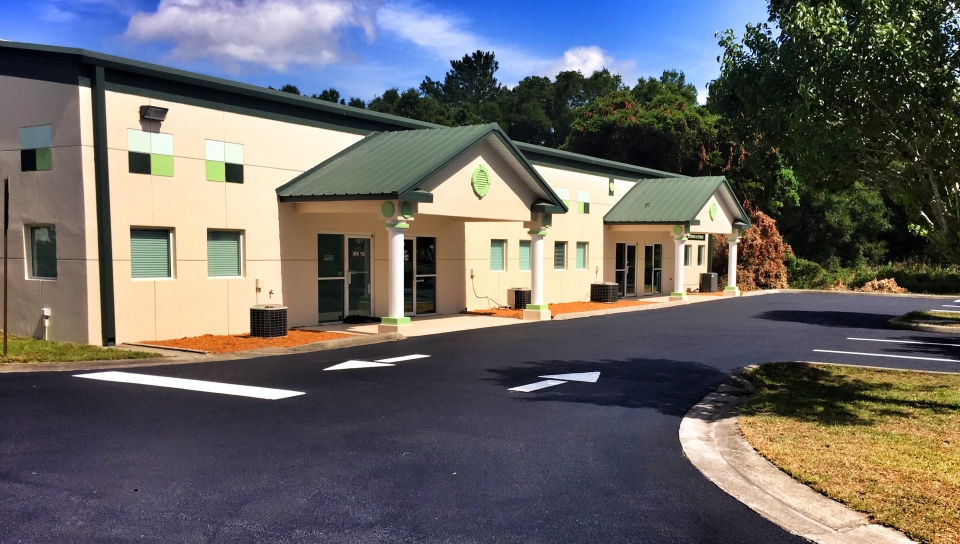 An investment group headed by Lee Kunz of Colorado closed about two weeks ago on Griffin Industrial Park, a five-building complex at 2200 NE 36th Ave. from E.A. Commercial Properties for $897,500, said Eric Bumgarner, vice president of industrial brokerage for Prime Realty in Jacksonville.

"This is their fifth property in Florida and they closed on that one pretty quickly, like 30 days," Bumgarner said. "We've putting a ton of money into it," Bumgarner added. "There's just a ton of deferred maintenance, painting, installing new lights and hooking everything up correctly."
Jordan Altenhof, brokerage coordinator with Prime Realty, identified the investment group as Kane Capital, LLC, and said Kane Kunz also is an investor.

Bumgarner said Griffin Industrial Park, which was built in 2003, has 36,200 square feet of building space and is about half-full with eight tenants. Angelica Day, owns Integrity Nutrition and Fitness, a tenant in Griffin Industrial Park. She described the changes since the property changed hands as "amazing."
"It was starting to look run-down and now it's starting to look lively," Day said. "They repainted the building," she said. "They put lights on the outside and in the back, which was much needed. They redid the pavement."

The Colorado investors recently began buying properties in Florida, Bumgarner said, as well as Illinois, Indiana and Michigan, because rising prices in their home state forced them to look elsewhere. "You can't get deals out there," he said. Kunz did not respond to a request for comment for this story.

Bumgarner said the new owners work quickly to refurbish their acquisitions in hopes of getting them back on the market. "Typically, we bring our other properties to 100 percent occupancy within four or five months," he said. Bumgarner said Ocala "is a little bit different" from other markets he and the Colorado group have entered so far. "It's a little bit softer market than other ones we've seen," he said. "That's why we have to be more aggressive to get it filled up."

Being more aggressive includes offering incentives. Bumgarner said he is offering 5 percent of gross lease value to any broker bringing a tenant to the complex. The typical offer is between 3 and 4 percent, he said. Bumgarner said he and the Colorado investors have high hopes for Marion County's market, adding he plans to look for additional deals here once Griffin Industrial Park gets "stabilized." "If there's a couple properties close to each other, that creates good deal synergy," he said.