Lack of large blocks of office space a problem in Jacksonville 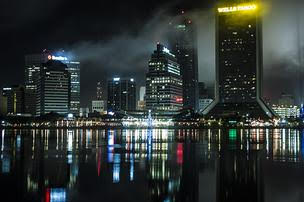 The Downtown Investment Authority's budget for the upcoming fiscal year does not include any money beyond $200,000 for the salary and benefits for incoming CEO Aundra Wallace.

Office space is filling up in Jacksonville with the Downtown vacancy rate at its lowest mark in 10 years and an about 5 percent vacancy rate in the large office parks in the Butler/Baymeadows corridor.

However, new construction has not followed the decrease in vacancy leading to a supply problem that could hurt the city in its efforts to attract large companies.

Citywide, there are nine blocks of Class A space larger than 20,000 square feet with only two of those that have more than 100,000 square feet, according to data from CoStar.

The blocks of space are at:

Buddy Register, a senior director of office leasing with Cushman &Wakefield, has brokered his share of large blocks of space including representing Citizens Property Insurance in a 230,000-square-foot move that saw the company consolidate its Jacksonville operations. He said that while having so few large blocks of space isn't ideal.

"The issue of having smaller blocks of space pretty much precludes us from having someone come in that needs space immediately," he said.

Chuck White, a Jacksonville broker with Prime Realty, said that many of the larger users of office space in Jacksonville have expanded. He pointed to Deutsche Bank, the global financial services company, that now leases about 350,000 square feet.

"Demand has caught up," he said. "And it's not because demand is hot."