Playoff Win For JAGS is a Win For The First Coast 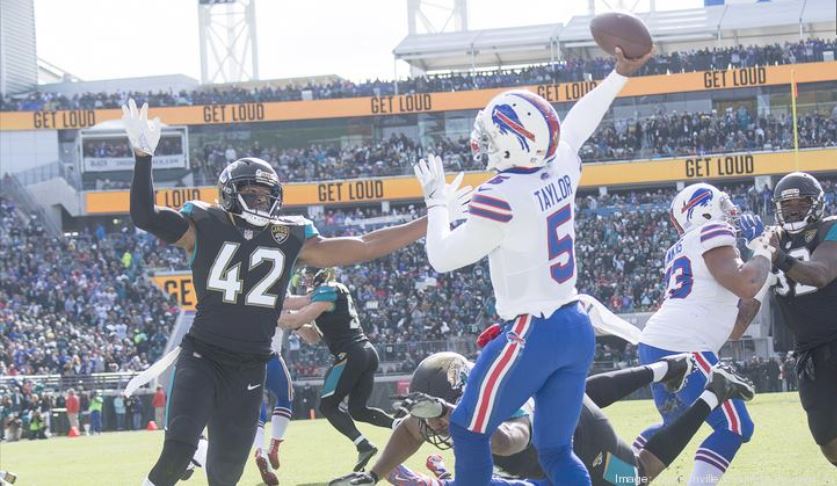 The Jacksonville Jaguars will head to Pittsburgh for their Divisional Round matchup against the Steelers.

With the Jaguars 10-3 win over the Buffalo Bills this weekend at Everbank Field, the Jaguars were atop the national NFL stage for the first time this season during Sunday's game.

With the national exposure for the city due to game and Jaguars fans selling out the stadium with over 69,000 tickets distributed, the team is building positive momentum and name recognition for the First Coast.

The Jaguars are now one of eight teams remaining in NFL playoffs and after the game the organization made sure to thank fans for their dedication over the years and especially for the environment the fans created at Everbank Field this weekend.

"After the win we wanted to make sure to recognize the support of our fans, and we’ll be giving a game ball to wherever the best place is, I guess City Hall, for the fans," head coach Doug Marrone said after the game. "I thought they [fans] were outstanding. The energy was just better than Coach [Tom] Coughlin described.”

Scenes from the 2018 Wildcard Round at EverBank Field.

Sunday's win is the seventh win in postseason franchise history. The matchup versus the Bills welcomed an enthusiastic fan base to the area with the game pitting two franchises who haven't made a postseason appearance in at least a decade.

Bills fans, infamous for their pregame tailgating antics, packed Jacksonville in spite of the snowstorm battering the northeast. One fan said her experience on the First Coast made her want to come back and visit the sights and sounds Jacksonville has to offer.

"Ever since got down here early this week, we have had a great time," said Syracuse native and Bills fan Julia Cramm. "We haven't been inside the stadium yet, but the stadium looks incredible form the outside."

Another Bills fan said he had heard of Jacksonville before the playoff matchup's were announced, but this was his first time in the state of Florida.

"I know it's cold for most Floridians, but for us it's warm," said Harold King, who lives in Upstate New York. "I have never been to Florida before this and I have to say the baseball field and arena and stadium, all being in one location is pretty cool. Without this game I would've never had this experience."

The Jaguars will play the Pittsburgh Steelers in the AFC Divisional Round this Sunday at 1:05 pm ET at Heinz Field.