Professional Soccer is a Hit in Jacksonville 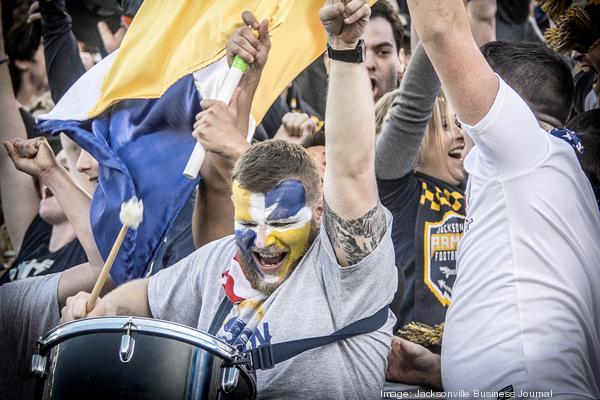 The Armada, which won a decisive 3-0 victory against FC Edmonton at the game, scored its first goal almost immediately, pleasing fans who came out for both the evening game and the Can-Doo Festival that kicked off at noon.

It is the first year for the Armada, which debuted as part of the North American Soccer League earlier in the year, but its first game attendance trounces the previous league record of 14,593 in Ottawa last summer.

The Armada had previously set a preseason attendance record of 13,934 in its 3-1 win over the Philadelphia Union at EverBank Field, which was held on Feb. 7. Armada leadership had set out to expand attendance through its Set the Record Jax campaign, which encouraged businesses to buy in bulk for clients and employees.