Responding to Criticisms, Outside Economist says Jaxport is ‘Relevant’ 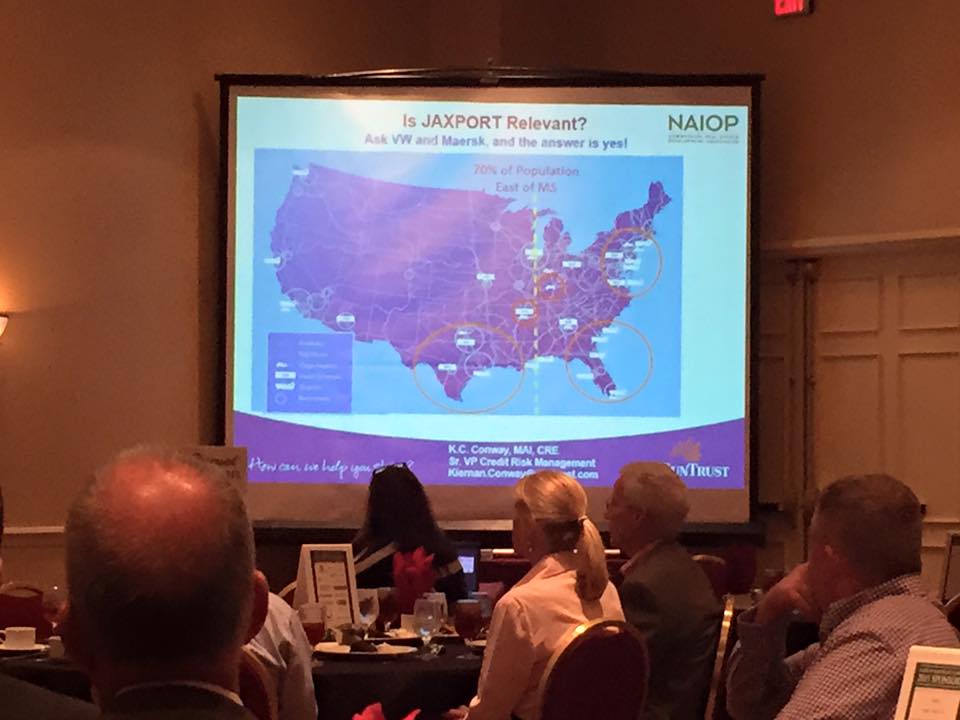 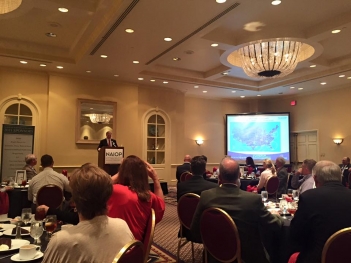 While the port is scrambling to deepen the shipping channel in preparation for larger ships brought by the Panama Canal expansion, K.C. Conway, a port analyst and senior vice president for credit risk management at SunTrust Bank, argued that there are other, equally important ingredients to port success. Jacksonville happens to excel at many of them.

“If you ask Volkswagen and Maersk if Jacksonville is relevant, the answer is yes,” Conway said, referring to the major investments both companies made to Jacksonville this year. Conway's claim is that the supply chain is changing drastically. Yes, Southern California is the nexus for most port and supply chain activity, but that is shifting to the East Coast, where 70 percent of the nation's population lives. And while having a deeper port wouldn't hurt Jacksonville, Conway said, lacking a deep port is not a deal breaker: The nation's fourth-busiest port, Savannah, is also one of the shallowest.

That doesn't mean to let up on the issue. “Keep pressure on your Legislature,” Conway told the Business Journal after his presentation at a NAIOP luncheon, “and keep your options open. But it's really everything else you're doing.”
That everything else includes major issues in the supply chain, including the growth of on-shoring, either to Mexico or even to the United States. That could shift freight from the West Coast, which specializes in Asia trade. In fact, Conway said, freight could start moving from the Western Hemisphere as more and more goods are manufactured in North America.

Other innovations, such as Jacksonville's energy market, will be a huge game changer: As ships adopt liquefied natural gas, Jacksonville is one of the leading, and only, fuel stops. “If you're the gas station,” Conway said, “you will be a key link.”

Florida has really had the potential to be a supply chain hub for a long time. Not only does it have the fourth-largest share of the country's GDP, but it's in the Southeast, the largest growing region in the country. Conway said Florida counts for much more than some might think. “If you put all of Florida's TEUs [twenty-foot-equivalent unit containers] together, you would have more than the No. 3 port, New York,” Conway said. “You just have to work synergistically and determine what's of strategic importance.” And for that, he said, Jacksonville has a strong argument. “You have to rank ports differently,” he said. “Look at what ports are luring new users and expanding shipping service. If you look at VW and Maersk, they say Jacksonville. If Jacksonville is so insignificant, why did they choose it?”